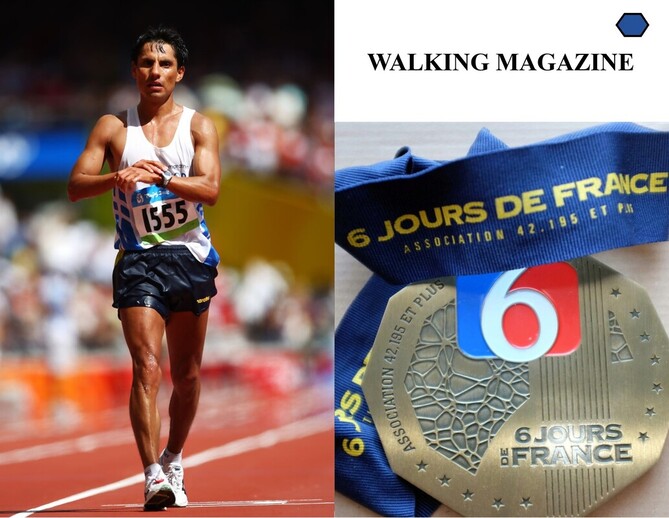 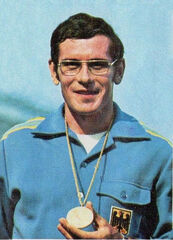 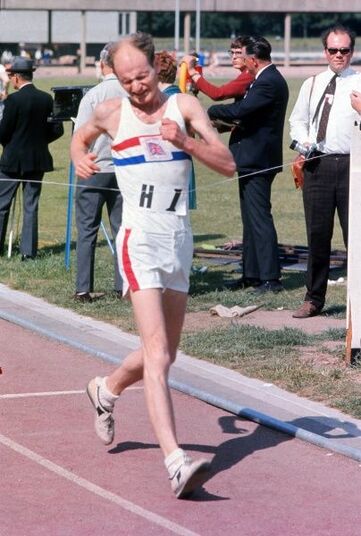 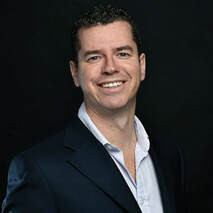 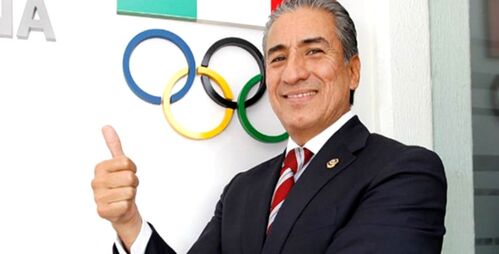 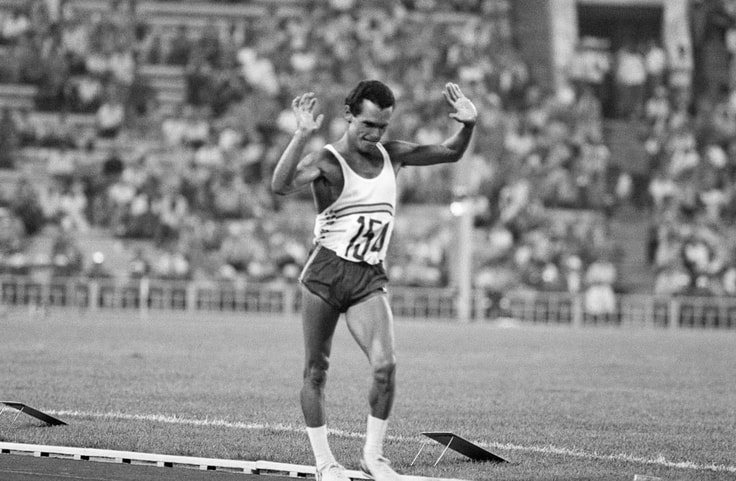 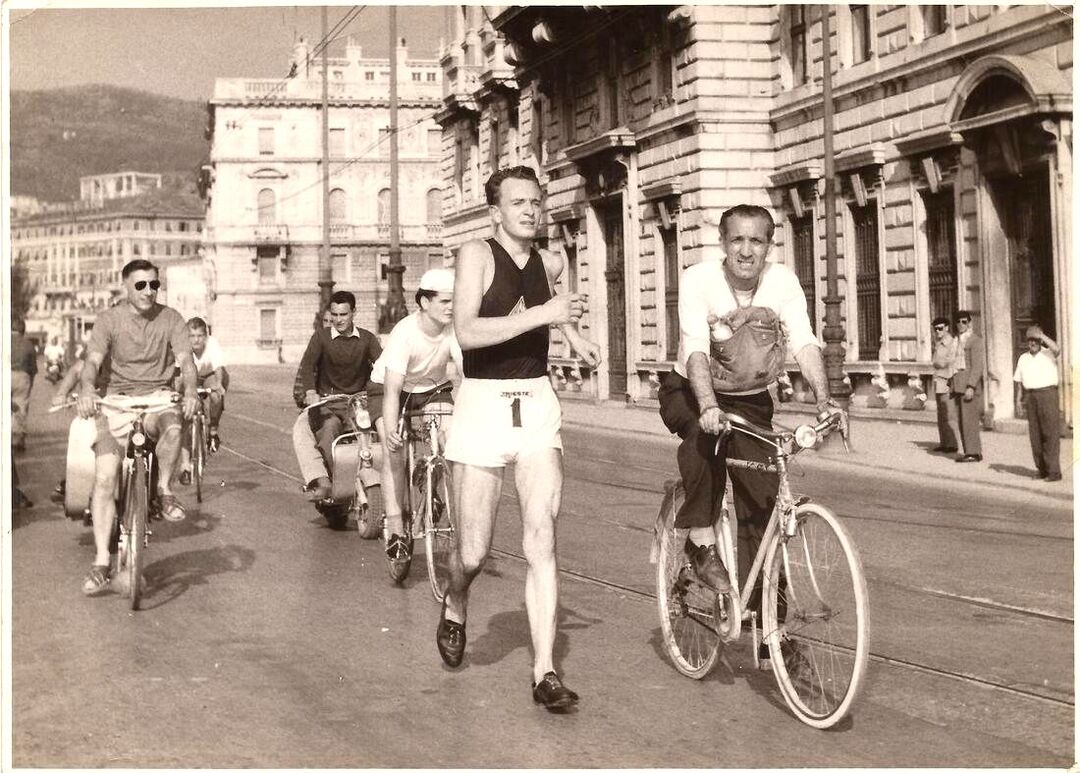 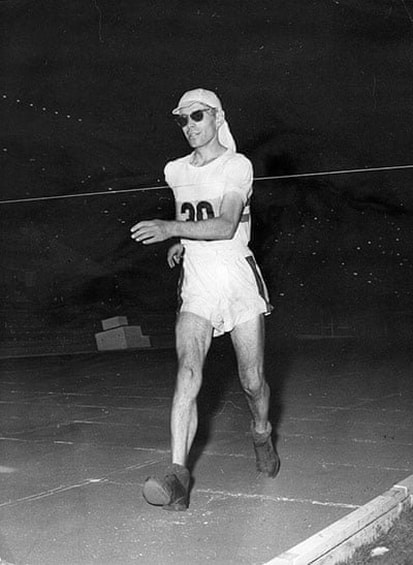 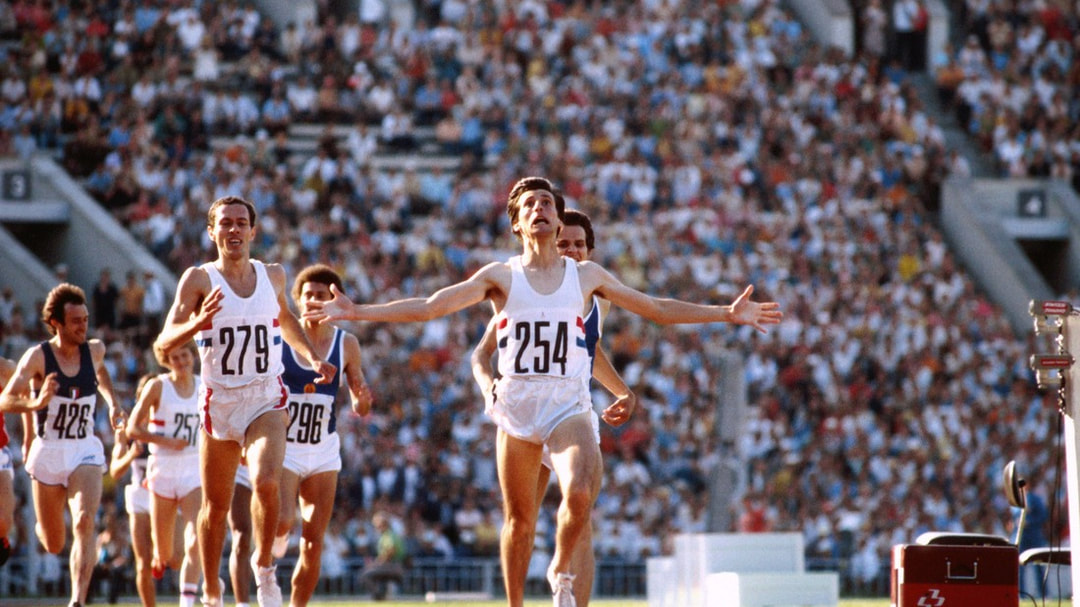 Sebastian Coe (254) and Steve Ovett (279). Moscow 1980 Olympic Games
Latest edition of ‘Progression of World Athletics Records’ on sale
10-2020
The 2020 edition of the Progression of World Athletics Records, published by World Athletics Heritage, is now on sale. This invaluable reference work, which was first published by World Athletics (IAAF) in 1987, is again edited by ATFS member Richard Hymans.
“One of the most attractive things about athletics has always been that it provides a platform for people to push back the limits of human performance. Every personal best, or season’s best has meaning, but this book relates the magic of those athletes who have achieved the ultimate – a World Athletics record”, commented Sebastian Coe in this edition’s president’s message.
World Athletics president Sebastian Coe set nine outdoor and three indoor world records in middle-distance track events -including, in 1979, setting three world records in the space of 41 days- and the world record he set in the 800 metres in 1981 remained unbroken until 1997. 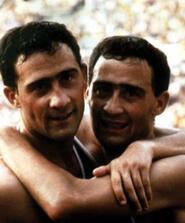 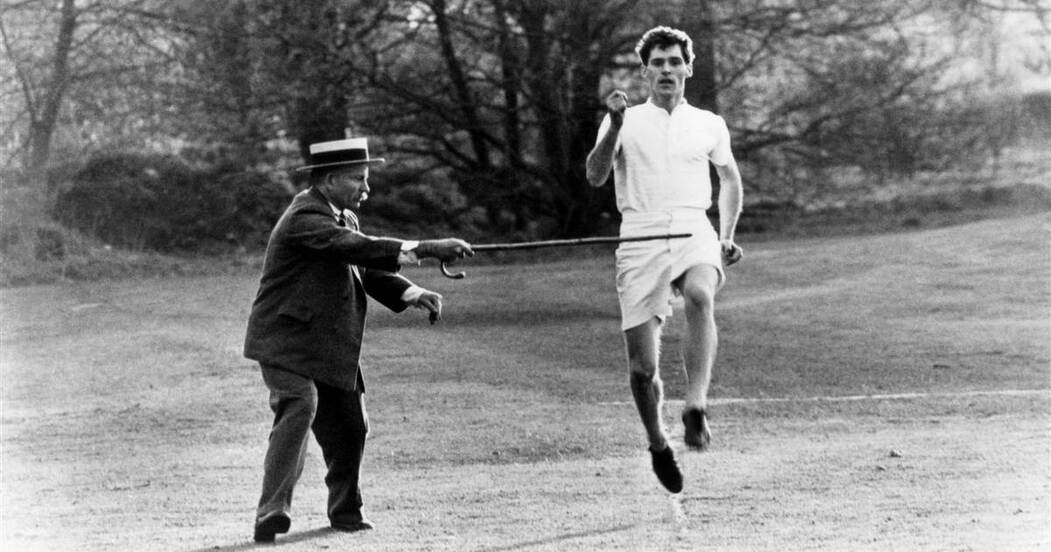 Chariots of Fire actor Ben Cross dies aged 72
09-2020
Ben Cross, star of stage and screen, has died at the age of 72.
The actor, best known for his role in Oscar-winning drama Chariots of Fire, died in Vienna from an unspecified illness according to his daughter who confirmed the news on Facebook.
“I am utterly heartbroken to share with you that my darling father died a few hours ago”, she wrote. “He had been sick for a while but there was a rapid decline over the past week”.
He was recommended for a leading role in the multiple Oscar-winning film Chariots of Fire in 1981. The film was based on the true story of two athletes in the 1924 Olympics, Eric Liddell, a devout Scottish Christian, and Harold Abrahams, an English Jew who runs to overcome prejudice.
Cross played the role of Harold Abrahams, while his co-star Ian Charleson played the role of Eric Liddell. For their performances in the film, Cross and Charleson both won “Most Promising Artiste of 1981” awards from the Variety Club Awards in February 1982. 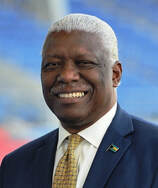 NACAC President Mike Sands: "The pandemic is far from over, so we are adapting quickly"
08-2020
“When I took over this wonderful body, this storm was not on the radar”, says Mike Sands, who was elected President of the NACAC (North American, Central American and Caribbean) Athletics Association little more than a year ago. “We were getting ready to sail. And, as you know, in our area we are so used to hurricanes. But at least with hurricanes we have warnings when they’re tracking. This one was not on the radar, so we had to quickly adapt to find ways of managing it”.
lthough many competitions in the area had to be cancelled, the NACAC Athletics Association realised that many of their other plans for 2020 as a federation could still go ahead, albeit in a slightly different format.
Commissions were established and, through online meetings, they started laying out their programmes for their tenure. Coaching courses are being conducted in Spanish and English via Zoom, Youtube and Facebook. 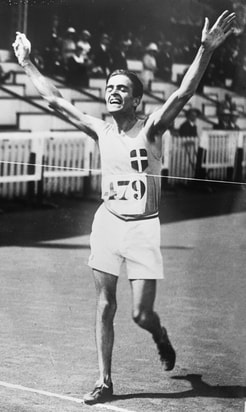 Sebastian Coe, president of the World Athletics
Sebastian Coe and Black Lives Matter “I am reluctant to discourage athletes from expressing their views”
07-2020
Athletes across the world of professional sport have joined the Black Lives Matter movement in protesting against the death of George Floyd and wider racial injustice. However, on Wednesday the International Olympic Committee (IOC) confirmed to the Daily Telegraph that its guidelines on protesting are still in place.
Rule 50 of the Olympic Charter states “no kind of demonstration or political, religious or racial propaganda is permitted in any Olympic sites, venues or other áreas”.
Sebastian Coe, the president of World Athletics, believes athletes should not be banned for protesting at major events like the Olympic Games, despite current IOC rules which outlaw all forms of protest.
Asked whether athletes should be allowed to protest peacefully at events like the Tokyo Olympics next year, Coe told The Independent: “I am reluctant to discourage athletes from expressing their views and I sense that the current generation is more willing to speak out than some previous generations were”. 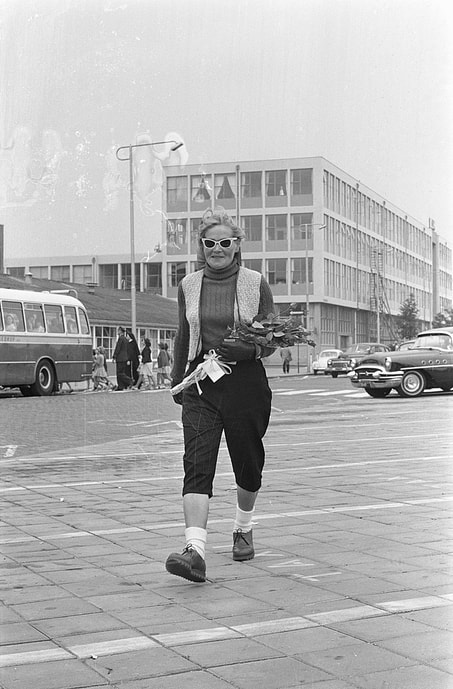 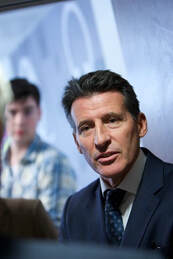 Sebastian Coe, president of the World Athletics
World Athletics Creates Support Fund for Athletes Affected by COVID-19 Pandemic
06-2020
World Athletics and the International Athletics Foundation unveiled a $500,000 support fund for athletes affected by the COVID-19 pandemic.
Sebastian Coe, World Athletics president, said the fund would be “used to assist athletes who have lost most of their income in the last few months due to the suspension of international competition”.
“I am in constant contact with athletes around the world and I know that many are experiencing financial hardship as a consequence of the shutdown of most international sports competition in the last two months”, Coe said in a statement. “Our professional athletes rely on prize money as part of their income and we’re mindful that our competition season, on both the track and road, is being severely impacted by the pandemic”. 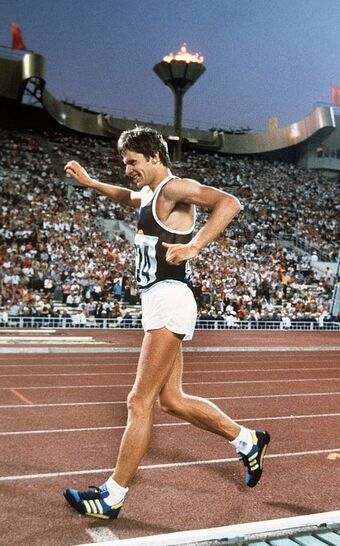 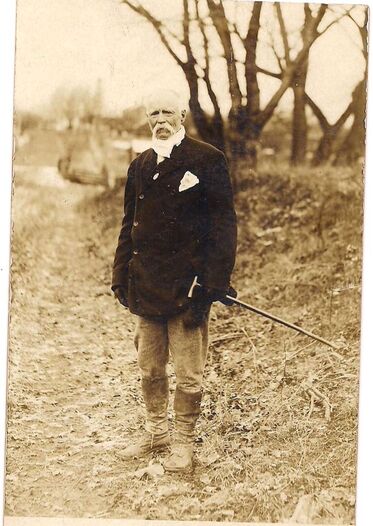 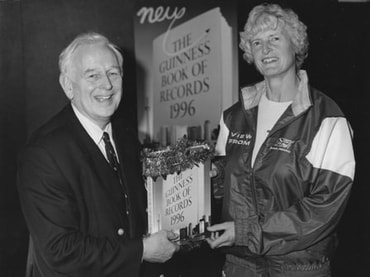 Ann Sayer passed away from coronavirus COVID-19
05-2020
Ann Sayer passed away on 15 April 2020 from Coronavirus COVID-19.
In 1977, she walked 100 miles in Dutch 100 Miles race at St. Oedenrode (21 hours and 46 minutes). She was the first British ‘Continental Centurion’ and also the first British female Centurion.
In 1980, she walked from Land's End to John o' Groats (1.400 km) in 13 days and 18 hours. She broke the Across Great Britain World Record and Across England-Scotland World Record.
Ann also represented Great Britain in several 24 hour races in France. 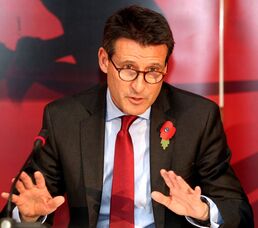 Sebastian Coe, president of the World Athletics
World Championships: Oregon 2022
05-2020
The World Athletics Championships in Oregon have been rescheduled to 15-24 July in 2022, following the postponement of the Tokyo Olympic and Paralympic Games to 2021 due to the coronavirus pandemic.
The Oregon World Championships were originally scheduled for 6-15 August, 2021, but have been rescheduled to the following year to avoid a clash with the Olympic and Paralympic Games.
"This will be a bonanza for athletics fans around the world. I want to particularly thank Oregon 21 LLC and all its stakeholders for their collaboration and flexibility" World Athletics president Sebastian Coe said.
Niels de Vos, Executive Director of the World Athletics Championships Oregon 22, said: "I should like to thank Oregon’s stakeholders for committing so early to the postponement, allowing maximum flexibility on dates for our friends at World Athletics, just as they have been flexible with us in ensuring our plans can remain on track despite the 12 month postponement”. 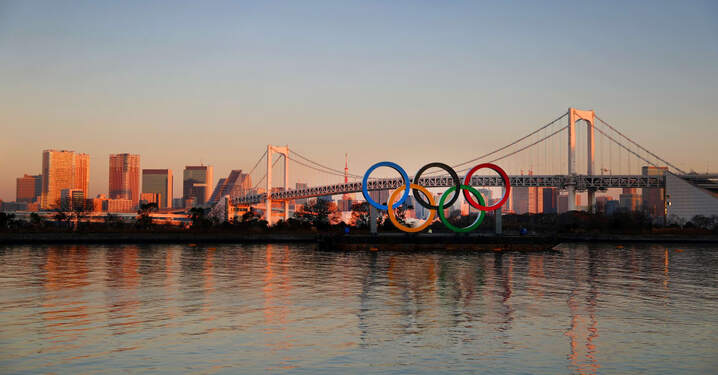 Photo by Clive Rose/Getty Images 2020
Tokyo Olympic Games postponed to 2021
04-2020
Yesterday, the Director General of the World Health Organization (WHO), Tedros Adhanom Ghebreyesus, said that the COVID-19 pandemic is "accelerating". There are more than 375,000 cases now recorded worldwide and in nearly every country, and their number is growing by the hour.
In the present circumstances and based on the information provided by the WHO today, the IOC President (Thomas Bach) and the Prime Minister of Japan (Abe Shinzo) have concluded that the Games of the XXXII Olympiad in Tokyo must be rescheduled to a date beyond 2020 but not later than summer 2021, to safeguard the health of the athletes, everybody involved in the Olympic Games and the international community. 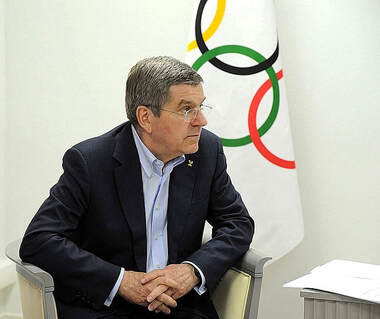 Thomas Bach, president of IOC
TOKYO 2020: possible postponement
03-2020
There is a dramatic increase in cases and new outbreaks of COVID-19 in different countries on different continents.
The IOC (International Olympic Committee) will, in full coordination and partnership with the Tokyo 2020 Organising Committee, the Japanese authorities and the Tokyo Metropolitan Government, start detailed discussions to complete its assessment of the rapid development of the worldwide health situation and its impact on the Olympic Games, including the scenario of postponement.
IOC President Thomas Bach wrote to the global athlete community to provide them with an explanation of the IOC’s approach.
In the letter, Bach stated once more that safeguarding the health of everyone involved and contributing to contain the virus is the fundamental principle, and said: “Human lives take precedence over everything, including the staging of the Games. The IOC wants to be part of the solution. Therefore we have made it our leading principle to safeguard the health of everyone involved, and to contribute to containing the virus. I wish, and we all are working for this, that the hope so many athletes, NOCs and IFs from all five continents have expressed will be fulfilled: that at the end of this dark tunnel we are all going through together, not knowing how long it is, the Olympic flame will be a light at the end of this tunnel”. 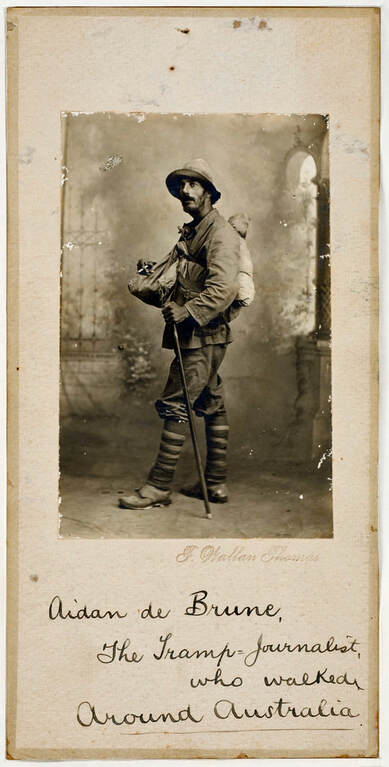 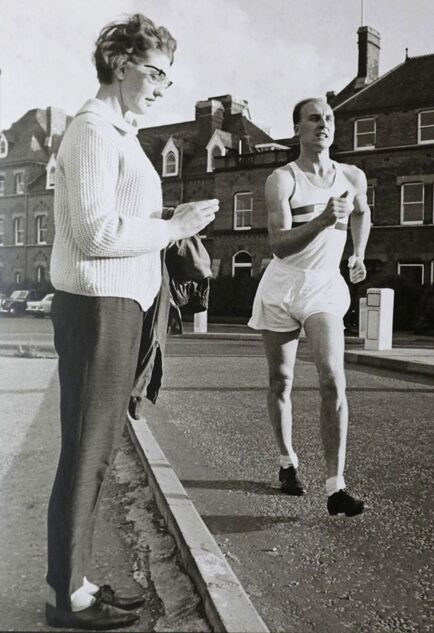 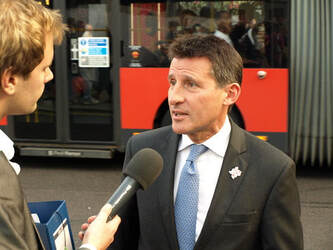 Sebastian Coe, president of the World Athletics
IAAF changes name to World Athletics
12-2019
International Association of Athletics Federations (IAAF) will now be known as World Athletics. "We’re now World Athletics", the sport’s international governing body said in their new website.
"Welcome to the new World Athletics website, the place to come for all things about our wonderful sport. We’ll be bringing you new features about athletes and the sport, as well as making it easier to find the things we know you love", the official website said. "From information about our events and news about our amazing athletes, to the rules of the sport, historical stats and features to inspire you to be active, it’s all here. Over the coming months, we’ll be adding more content and continuing to improve the organisation of the content".
Founded in 1912 as International Amateur Athletic Federation, it changed its name to International Association of Athletics Federations in 2001 to reflect the non-amateur status of top competitors. Since 2019, the new name of IAAF will be World Athletics.