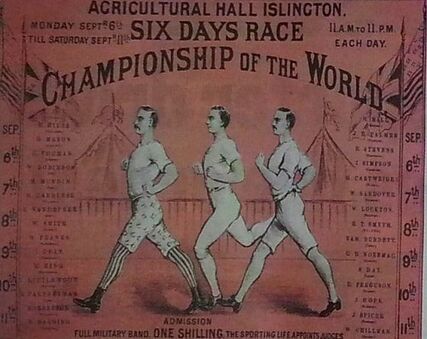 1878
-In the United Kingdom, member of Parliament Sir John Astley founded a "Long Distance Championship of the World" or 6 Days World Chapionship.

1893
-Race Walking was included when the International Olympic Committee formed in 1893.

1956
-New IAAF Rule said that "during the period of each step in which a foot is on the ground, the leg shall be straightened at least for one moment". Modern Race Walking born.

1999
-Maurizio and Giorgio Damilano founded Fit Walking. Maurizio Damilano was the 1980 Olympic Champion and the 1987 and 1991 World Champion in the 20 km Race Walking.