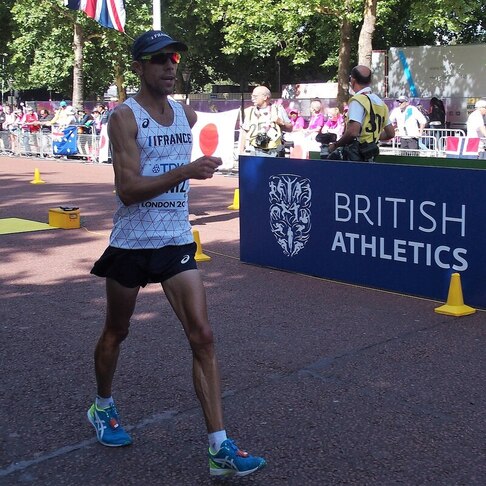 Yohann Diniz
The origin of Race Walking is in Pedestrianism (19th century).
In 1866, walkers organized the first English Amateur Walking Championship, which was won by John Chambers.
Race Walking was included when the International Olympic Committee formed in 1893.
In the 1904 Olympic Games (St. Louis, USA), the "all-rounder" event, father of the decathlon, included an 880-yard walk.
In 1908, Race Walking first appeared in the Olympics Games (London, United Kingdom).
In 1926, Émile Anthoine founded the Paris-Strasbourg race (since 1980 Paris-Colmar). Paris-Strasbourg was a Multiday race.
In 1956, new IAAF Rule (World Athletics Rule) said that "during the period of each step in which a foot is on the ground, the leg shall be straightened at least for one moment". Modern Race Walking born.
In 2009, Gérard Cain founded 6 Jours d'Antibes (since 2012 6 Jours de France).