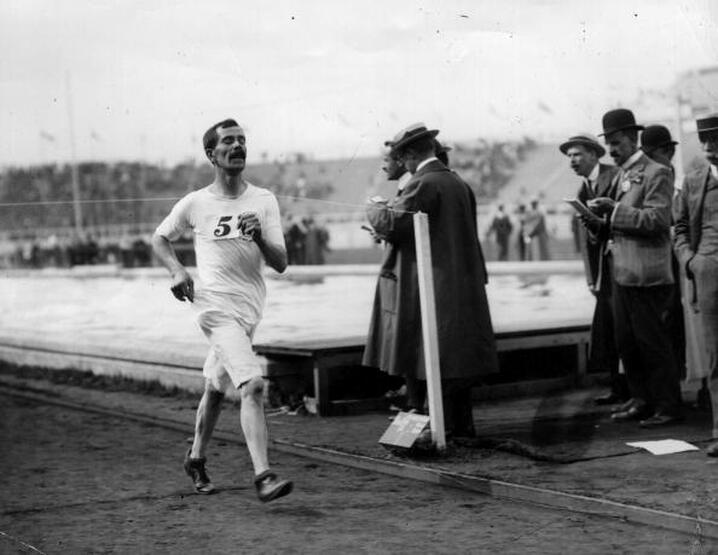 George Edward Larner (1875-1949) was an English race walker. He won two gold medals at the 1908 Olympic Games.
Larner was a Brighton policeman, and took up athletics at the age of 28 in 1903.
George Larner competed for Great Britain in the 1908 Olympic Games. He won two gold medals in the 3,5 km and 10 miles Race Walking.
George Larner also broke the Race Walking World Records in all distances between 2 miles and 10 miles.
In 1909, George Larner wrote a book on walking entitled Larner's Text Book on Walking: Exercise, Pleasure, Sport.
In 1911, he made another comeback and won the AAA 7 miles title, but he did not stay in training for the 1912 Olympic Games.