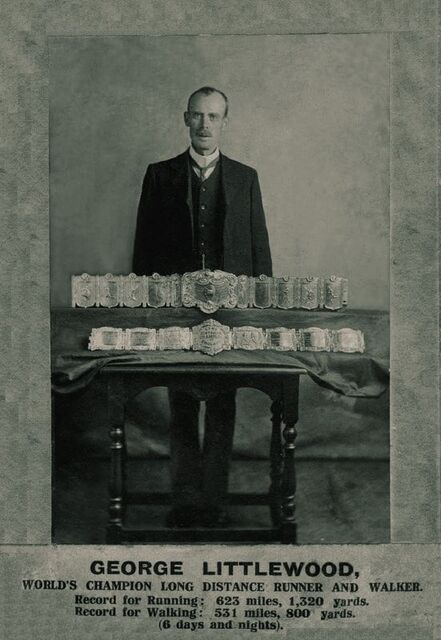 George Littlewood (1859-1912) was a English walker world-record holder of Multiday events (Running and Walking).
In 1882, he walked 531 miles in 6 Days of Sheffield. He broke 6 Days World Record of walking.
In 1888, Littlewood run 623 miles in 6 Days of New York (Madison Square Garden). He broke 6 Days World Record of running.
In 1966, and referring to his 1888 world record, a physiologist, B.B. Lloyd, writing in Advancement of Science, described Littlewood's feat as “probably about the maximum sustained output of which the human frame is capable”.
George Littlewood died on 4 December 1912 in Sheffield. His funeral was attended by 3.000 people.