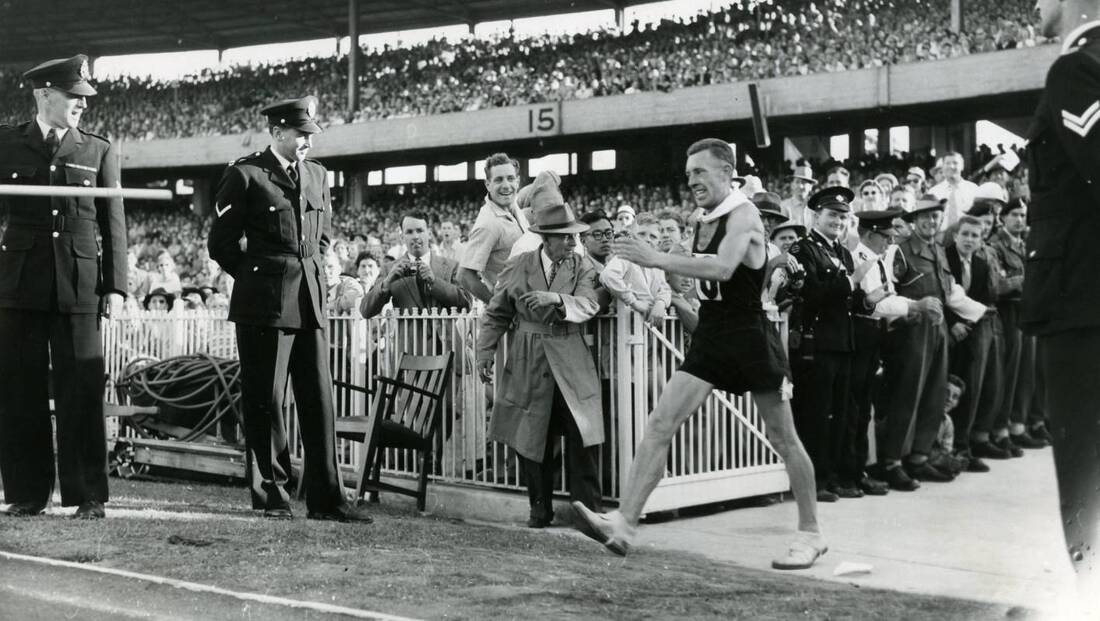 Norman Richard Read (1931-1994) was a New Zealand race walker. Born in Portsmouth, England, Read emigrated to New Zealand in 1953.
In 1956 Olympic Games, he won the gold medal in the 50 km of Race Walking.
In 1960 Olympic Games, he was fifth in the 20 km and unfortunately failed to finish the 50 km.
In 1965 and 1966, he competed regularly in the UK, winning Sussex titles and collecting national medals.
Norman Read won a bronze medal in the 20 miles Race Walking at the 1966 British Empire and Commonwealth Games in Kingston, Jamaica, which was his last international tournament.
Read continued competing for 18 years in New Zealand finally ending his race walking career aged 52.
As an athlete he was celebrated for his stylish and technically sound walking style. Remarkably, he was never disqualified in a race, which is a phenomenal achievement.
Norman Read remained fit and was actively involved in sports until his death. Read founded New Zealand’s first race walking club and was a judge at the 1992 Barcelona Olympics.
In 1994, he died of a heart attack during a veteran's bike race in Pirongia.