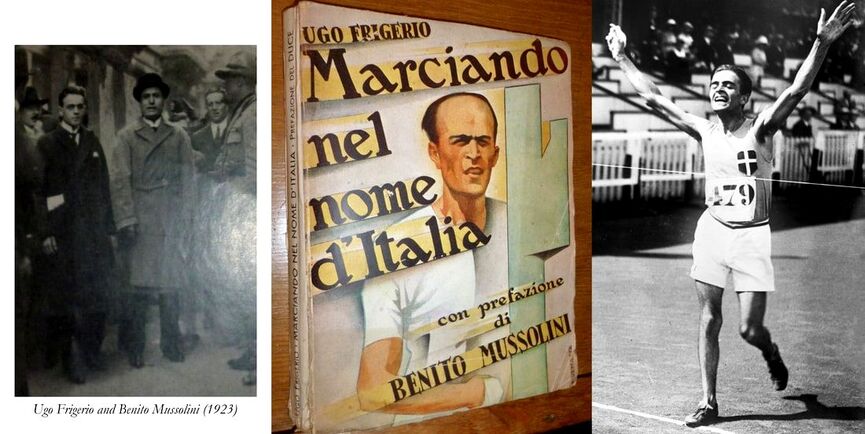 Ugo Frigerio (1901–1968) was an Italian race walker. Ugo Frigerio is the second most successful Olympic race walker of all time, ranking only behind Robert Korzeniowski, with a total of four Olympic medals, including three golds.
He competed in four Olympics Games (1920 Antwerp, 1924 Paris, 1932 Los Angeles). He won three gold and one bronze medals. Also, Ugo Frigerio was the Olympic flag bearer for Italy in 1924 and 1932.
In 1920 Antwerp, he won 3 km and 10 km Race Walking. In 1924 Paris, he won 10 km Race Walking.
He resumed training in 1931 to prepare for the 1932 Games, where the only walking event was 50 km, five times longer than his favorite 10 km distance.
In 1932 Los Angeles, he won a bronze medal and retired for ever, becoming a sports administrator.
Ugo Frigerio was a personal friend of Benito Mussolini. In 1934, Ugo Frigerio wrote an autobiography titled Marciando nel nome dell’Italia (Walking in the Name of Italy). The preface of the book was written by Benito Mussolini.